Together for a Greener, Cooler Tomorrow 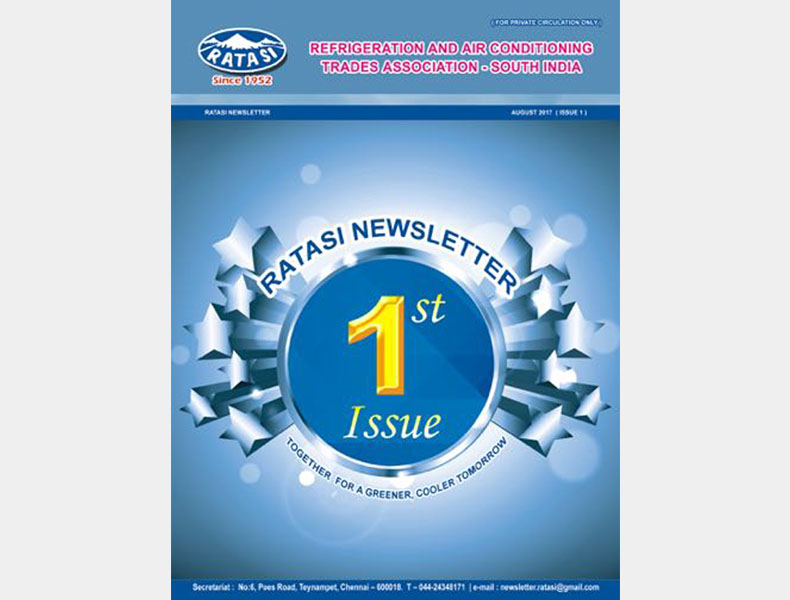 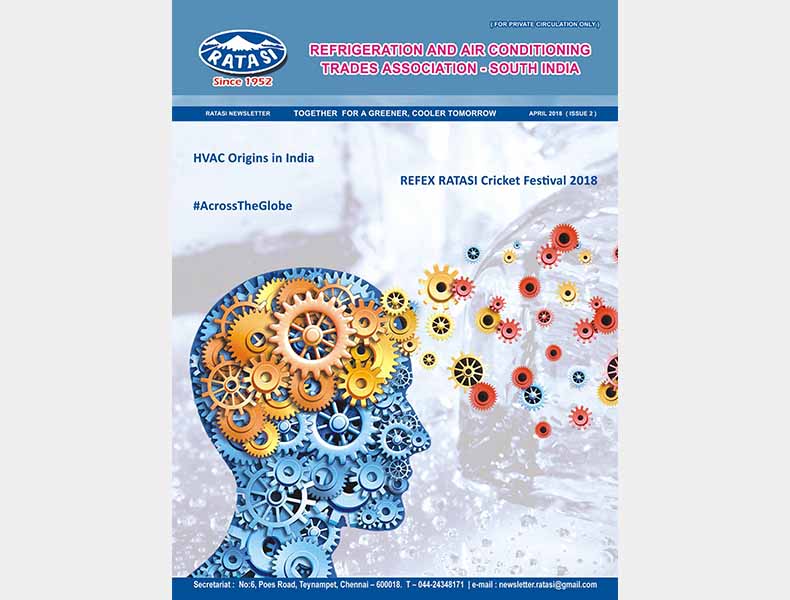 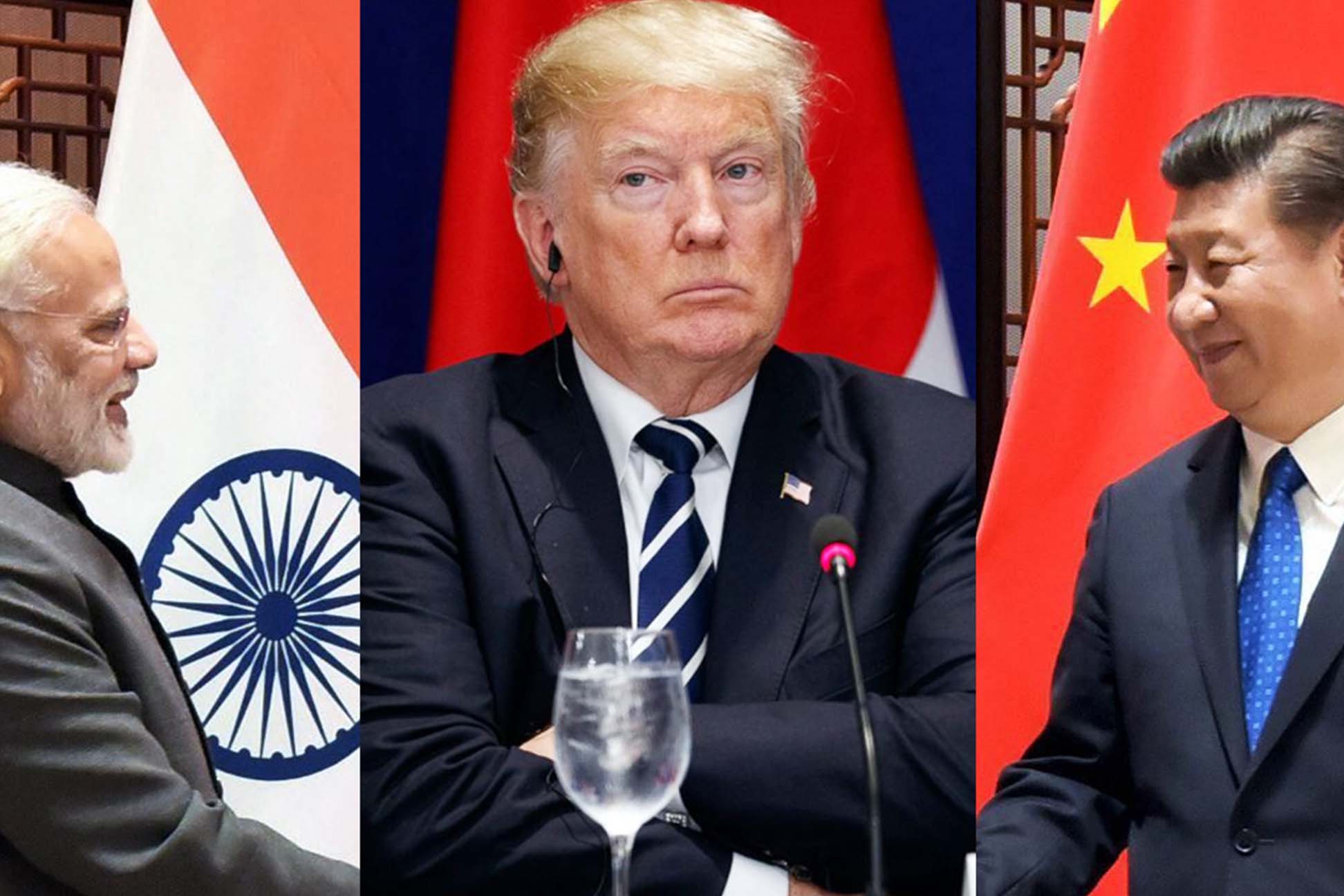 The full-scale trade spat between the United States of America and China will have big repercussions in India. China is India’s biggest trading partner and accounts for two-way trade valued at $89.7 billion in 2017-18 — over $15.2 billion more than the second-placed US. But India imported goods worth $76.4 billion from China and exported a piffling $13.3 billion, leaving a yawning trade deficit of $63 billion in China’s favour. The worry is that as Donald Trump and Xi Jinping stare down at each other in an implacable battle of wills, China would need to find an outlet for its giant export machine and that could spell trouble for India’s domestic manufacturers.

from the rising protectionism in America, flight of capital out of emerging markets, the threat of looming economic sanctions in Iran and the surge in global crude prices — has exacerbated the crisis in India with the current account deficit forecast to widen to 2.7 per cent of gross domestic product in 2018-19. That gap will be harder to paper over this year as risk-averse foreign investors flee to the comfort of the US bond markets where yields have risen to seven-year highs. The threat of sanctions against Iran jeopardizes almost $9 billion worth of petroleum imports from that nation, with a massive worry for policymakers to find new sources of crude to plug the gap. The precipitate plunge in the value of the rupee has only compounded concerns, prompting the Centre to prop up Asia’s worst-performing currency this year by raising import tariffs on a range of products, from air conditioners and refrigerators to footwear, speakers and aviation turbine fuel. The measures have been ineffectual. But it is clear that the government is making sure that local markets do not get swamped by cheap products from China, South Korea, and countries like Indonesia and Thailand with which India has free trade agreements.

A close look at imports from China will show why there is cause for worry. Electrical machinery is the biggest category of imports from China at $28.7 billion in 2017-18, growing at an annual 30.4 per cent and accounting for 50 per cent of all imports under this group of products. The other big-product categories include machinery and mechanical appliances ($13.5 billion; 35 per cent of all imports in this category), organic chemicals ($7 billion), plastics ($2.4 billion), optical instruments ($1.6 billion) and iron and steel (another $1.6 billion). The growth rates in imports from China in these categories have ranged between 20 and 30 per cent. This leaves India with a dilemma: should it crack down further by raising import tariffs on more products, or should it hold its hand and avoid the risk of scuppering economic growth in an election year? 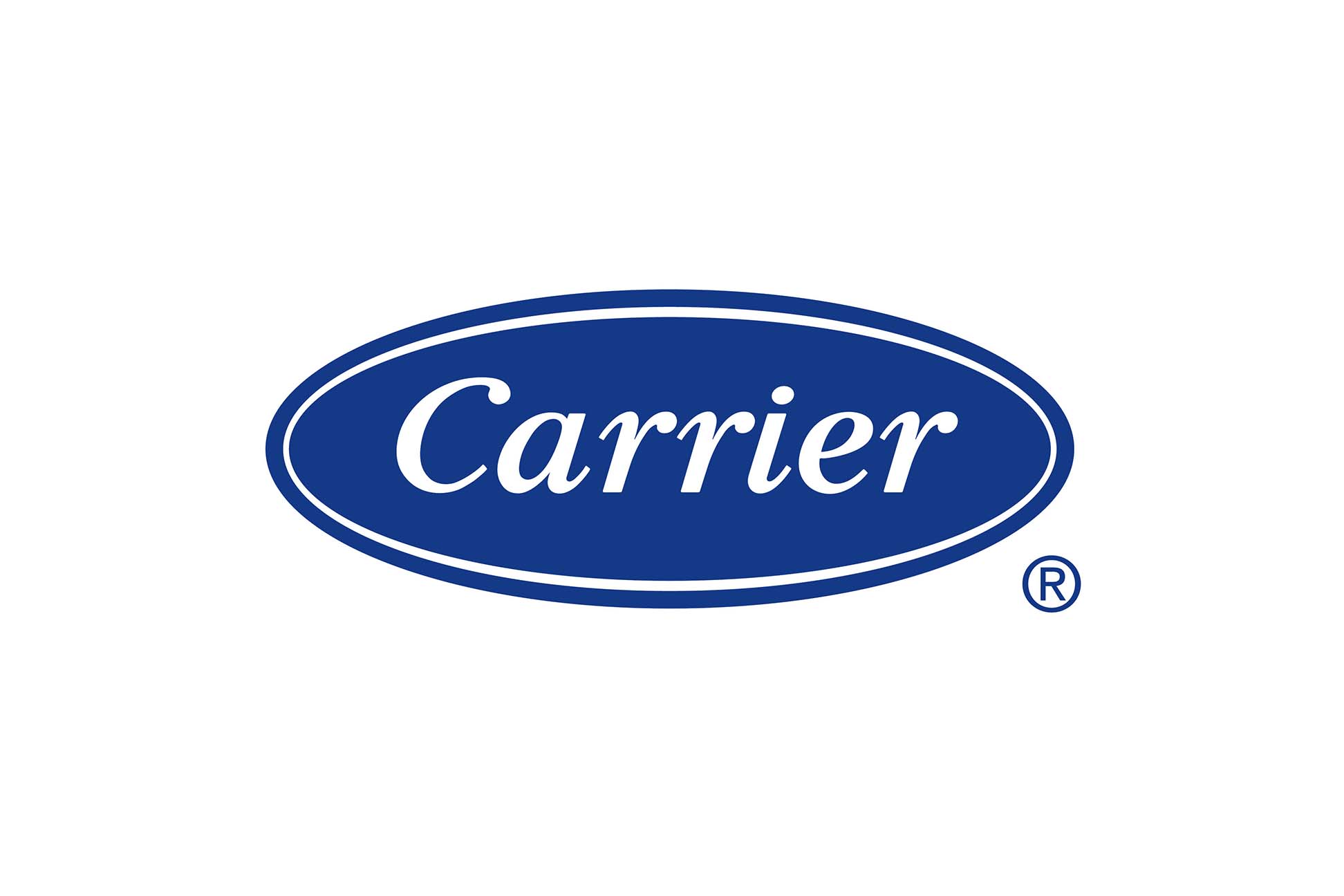 Carrier, a company primarily known for its heating, air-conditioning and refrigeration products has open a new technology development centre at its Gurugram facility. The new centre will function as a laboratory and testing facilities to aid in the development of heating, ventilating and air conditioning (HVAC) products. Carrier is a part of UTC Climate, Controls & Security, a unit of UniteTechnologies Corp.

Carrier is fully supportive of ‘Make in India’ and the development centre will help us localize more energy-efficient products at our Gurgaon factory.” 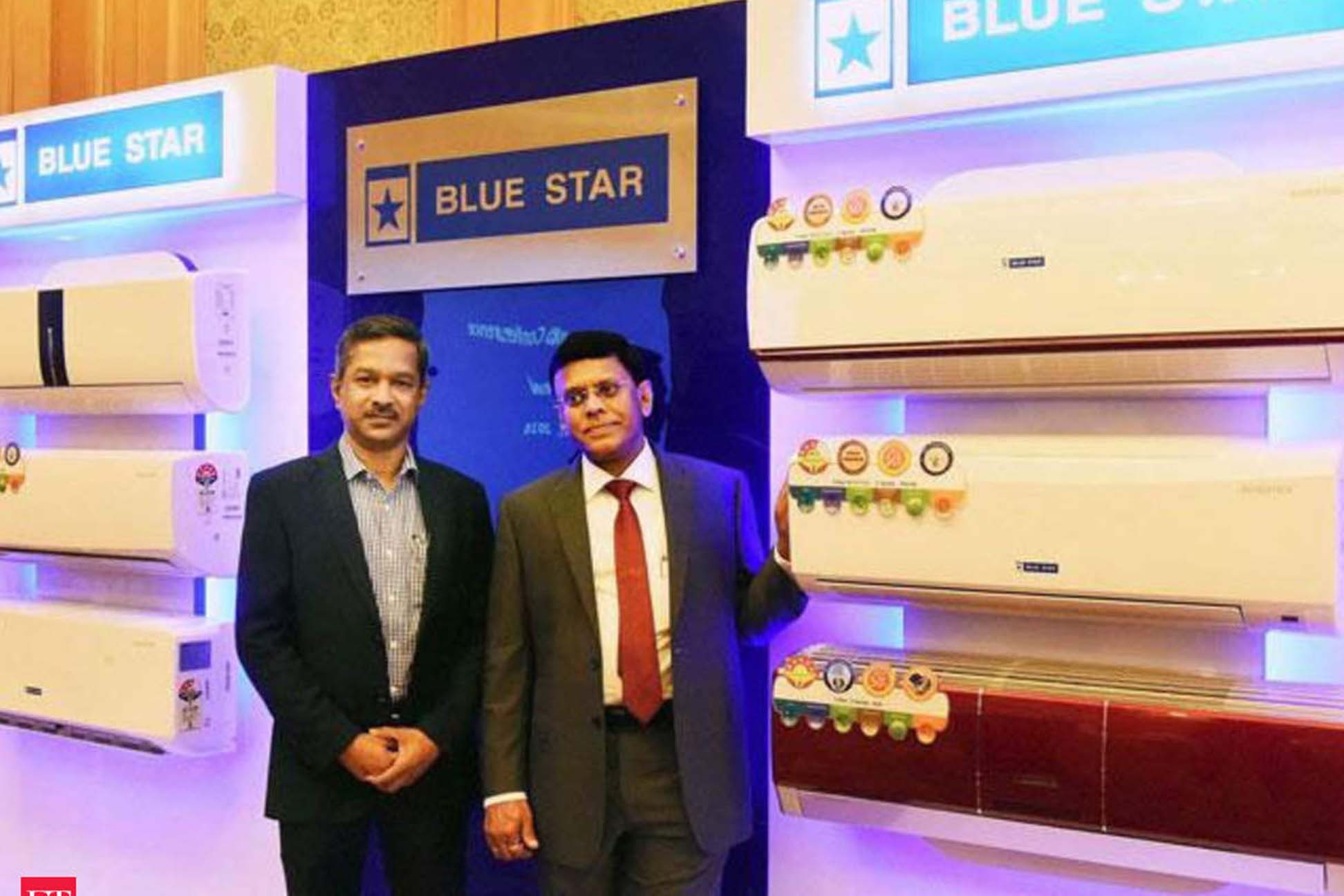 Air-conditioner and commercial refrigeration major Blue Star is looking to further consolidate its position in the room air-conditioning segment as it aims to be USD 1 billion plus company in the next five years, said a top company official. The home-grown Bluestar, which on Thursday turned 75 years old, is also bullish on its growth outlook in the overseas market. The company has plans to expand its size in the water purifier market.

"We have a goal that from five years from now, we as an 80-year old company should have a turnover of Rs 8,000 crore (USD 1.1 billion). That is our internal goal to be a billion dollar company by FY 2024," Bluestar Joint Managing Director B Thiagarajan told.

Bluestar is also in the process of fast indigenisation and backward integration.

"Massive focus in the next 2-3 years would be on the backward integration as the trade barriers would continue to bother us," Thiagarajan said.

Bluestar, which presently gets around Rs 600 crore from the international markets, has plans to increase the global contribution to around Rs 1,000 crore in the next three years.

On being asked about the government's decision to hike the basic customs duty (BCD) on compressors and AC units (fully imported), he said that this would impact the festive season sales.

"This would be passed on to the consumers, prices would go up. Moreover, disposable income is down because the hike in fuel prices... Therefore, I am of the opinion that festival season demand would be impacted," Thiagarajan said.

Established during World War II on September 27, 1943, by Mohan T Advani as a three-member team repairing and reconditioning air conditioners and refrigerators, Blue Star is a leading player in the AC and commercial refrigeration industry in India

"The market size for these products is about $200 million. We are the fastest growing brands in the industry," Agrawal told reporters.

To a query, he said, "The company is growing three to four times more than the industry. The industry is growing at about 10-15 percent".

Samsung has been registering a fast-paced growth in the system AC business with major contribution from residential (10 percent), commercial (10%) and educational institutions (15%), he said. 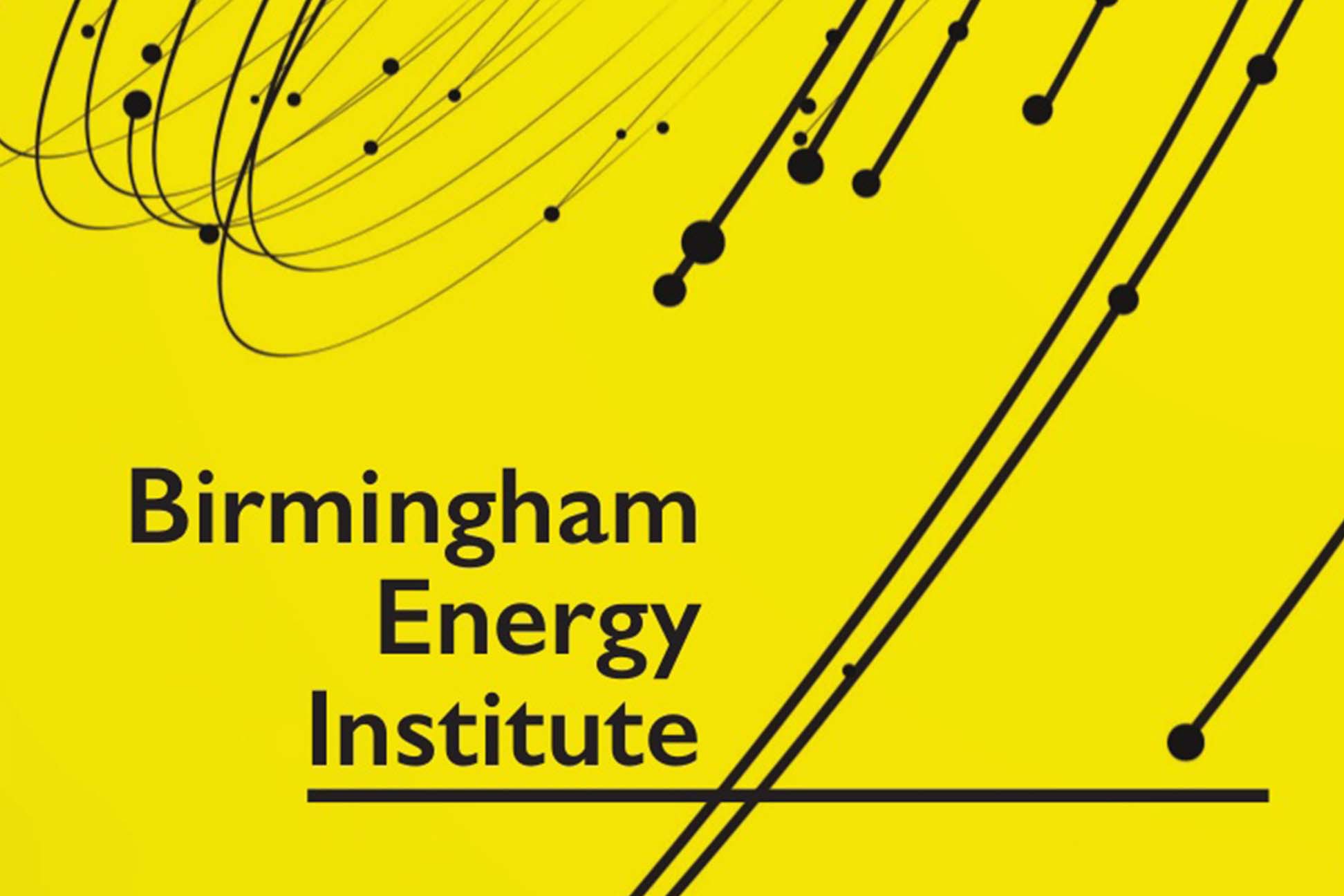 Researchers from the University of Birmingham have commenced a partnership with the India-based Shakti Sustainable Energy Foundation focused on introducing more sustainable cooling to protect foodstocks in Haryana and Punjab.

The institution’s Birmingham Energy Institute is helping devise a programme to determine viable clean cold initiatives for the country’s food supply chain by looking at the types of technology and financing that may be required to tackle pressing issues affecting farmers.

Researchers from the University of Birmingham have commenced a partnership with the India-based Shakti Sustainable Energy Foundation focused on introducing more sustainable cooling to protect foodstocks in Haryana and Punjab.

The institution’s Birmingham Energy Institute is helping devise a programme to determine viable clean cold initiatives for the country’s food supply chain by looking at the types of technology and financing that may be required to tackle pressing issues affecting farmers.

India’s government has committed to try and double farmer income by 2022 with a focus on improved productivity, according to Birmingham Energy Institute. Cold chains that can reduce post-harvest loss and ensure less energy intensive and costly transportation and storage is one possible means of achieving this aim.

Shakti Sustainable Energy Foundation chief executive Krishan Dhawan said, “By 2022, India is expected to see massive capacity addition in pack-houses, refrigeration vehicles and ripening chambers. Cold chains are expected to proliferate rapidly in the next few years through a combination of market and policy driven efforts.”

Professor Toby Peters at the University of Birmingham said, “A seamless cold chain will reduce food loss to raise farmers’ income and give them bigger markets, whilst expanding their selling range. But at the same time, it must be clean and sustainable cooling – we must not replace a social crisis with an environmental catastrophe.” 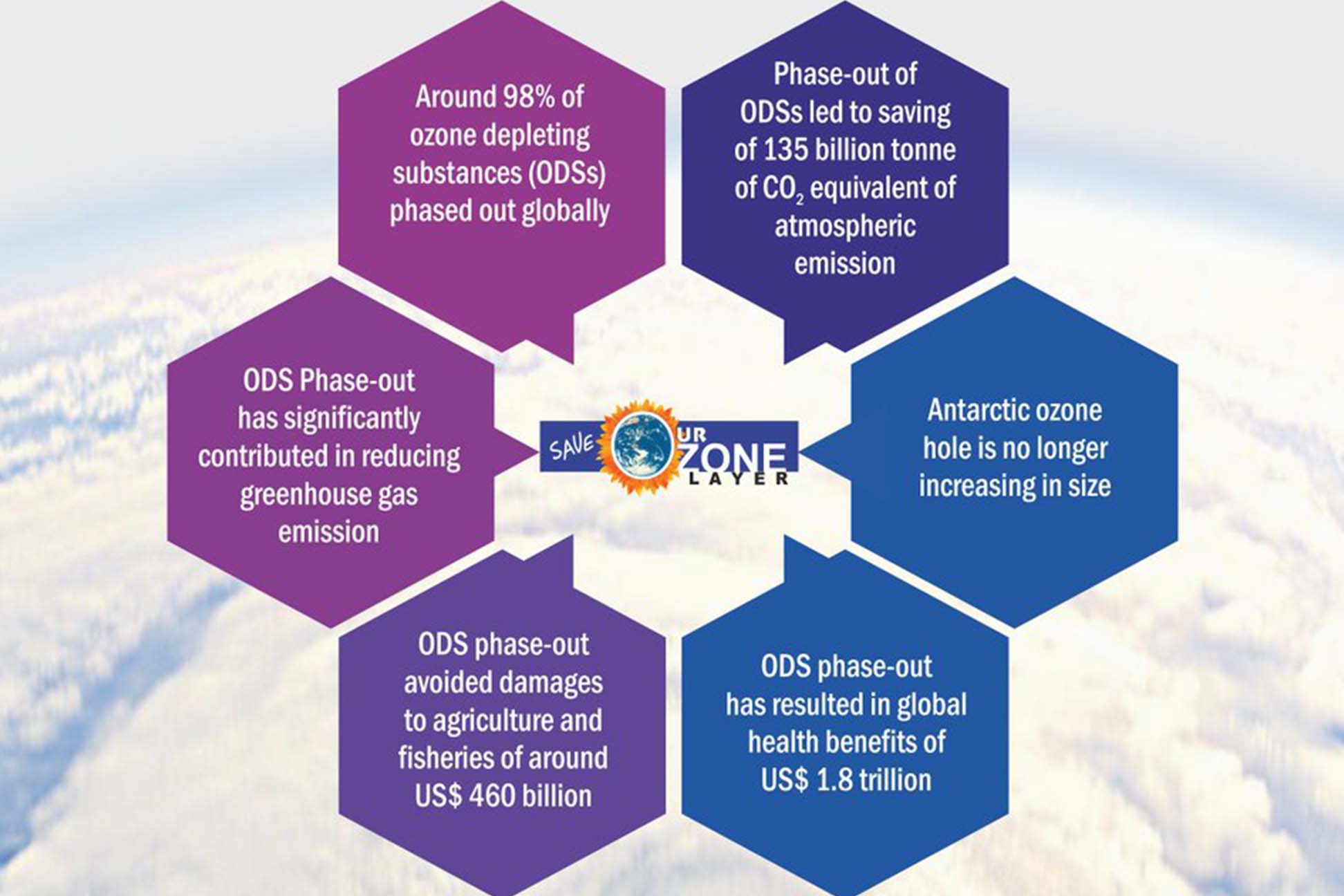 India has become the first country in the world to develop a draft blueprint outlining action plan to bring down cooling requirement and refrigerant demands across sectors by 20 per cent to 25 per cent by 2037-38 while slashing cooling energy requirements by 25 per cent to 40 per cent within the same period, said Union Environment Minister Dr Harsh Vardhan on World Ozone Day on Monday.

On the occasion at an event, he released the draft India Cooling Action Plan (ICAP) and a booklet on 'Montreal Protocol — India's Success Story'

He said that the Ministry has already undertaken an initiative for upskilling of 1,00,000 refrigeration and Air-Conditioning servicing technicians in collaboration

India is the first country in the world to develop such a document (ICAP), which addresses cooling requirement across sectors and lists out actions which can help reduce the cooling demand.